Not just for garnish 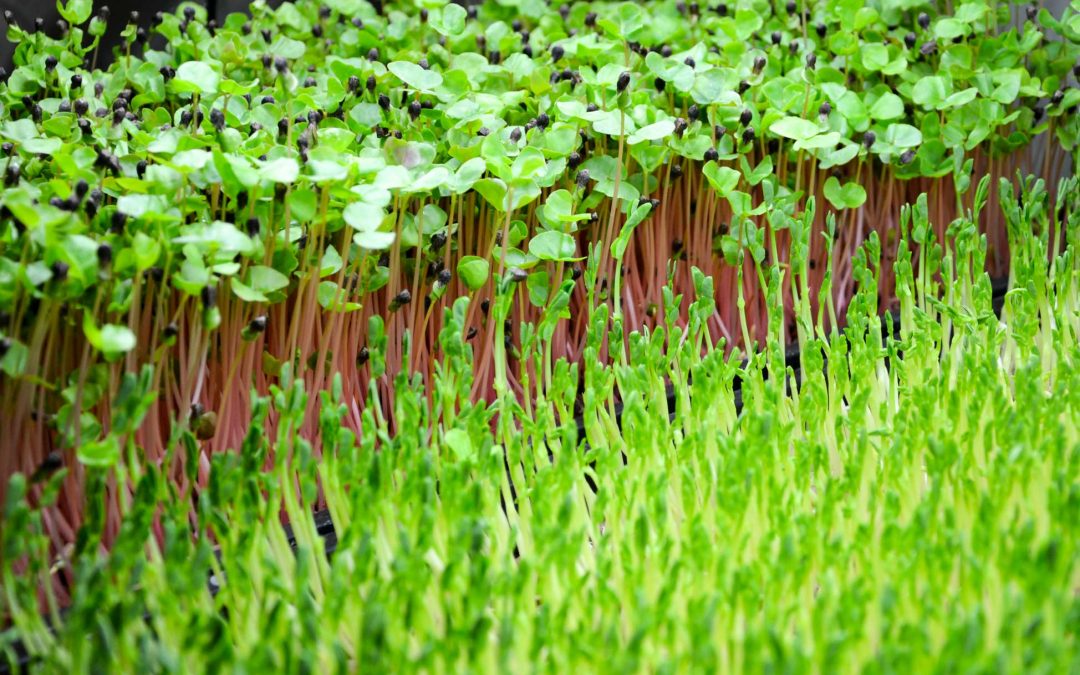 In a garage in Briar Hill, Daniel McAllister knocks the sunflower seed shells off a new batch of sunflower shoots. The shells cover the floor and crunch beneath his feet.

Sunflower shoots go from seed to harvest in just 12 days. Daniel plants seeds in trays of organic soil and places the trays below grow lights. Every day he waters the plants and knocks off the shells as they rise up with the shoots. Once they grow to the desired height, Daniel cuts the greens and packages them in bags. He then delivers the greens to restaurants and markets across the city and province.

Daniel and his wife, Jasmine, began in 2009 to grow sprouts and greens in their home to have nutritious produce for their family. Over the years, they have grown their hobby into a business while growing their family.

“We have a family business, and our business exists within the context of our family,” says Daniel.

Their business is Greenberry. They grow pea and sunflower shoots, buckwheat greens, alfalfa sprouts, garlic sprouts, microgreens, radish sprouts and many other varieties. Their favourite produce are the ones specialized for specific clients – such as graceful pea shoots for garnish or chubby micro-arugula for salads.

Greenberry’s produce is notable for its shelf life and crisp taste. They often harvest and sell the produce on the same day, and their customers have noted how long the sprouts and greens last in the fridge. Even though their produce is small, it is nothing short of flavourful. Daniel is a self-described “mad scientist” with the seeds, soil, light and water, and he notes that the garlic and radish sprouts “exemplify the intensity of the flavour” compared to their fully grown counterparts.

“Chefs come to us and are shocked at the flavour and quality,” comments Jasmine.

In 2009, Daniel and Jasmine started to grow sprouts for their own use because of the nutritional benefits. Microgreens and sprouts contain more nutrients than the full-leaf kinds – some varieties have upwards of 40 times more nutrients.

They decided to try selling their greens full time after Daniel was laid off from his job as a valet manager in September 2013. Their risk paid off – Daniel and Jasmine now grow for a variety of markets and restaurants, all while having time for their family.

Daniel and Jasmine have three children: Eli (4), Noah (3) and Abigail (1). Their business allows them to adapt their work schedule around their family. Daniel sometimes does some work during the day, but he regularly works evenings and regularly goes late into the night. His schedule depends on his plants and clients’ needs.

Daniel and Jasmine have seen their business grow and evolve, but not without many obstacles.

Amidst the busy season of markets last summer, the McAllister’s vehicle broke down. Daniel became adept at packing coolers and tents into a Car2Go. For nearby restaurants, Jasmine dropped off sprouts while out for walks with her kids. They lasted nearly the entire summer without a vehicle.

In January, the family moved into a house just a block down the road from the old one. The move sounds easy, but it was anything but.

“On January 1 we were packing up the last stuff into the trailer with no place to move it to,” says Jasmine.

She explains that they looked for a house for months before their eviction date, but no property worked out. While packing the last boxes, a man walked by drinking a cola and asked where they were moving to.

Daniel told the man that they had no place to go. The man recently purchased a property down the road and said while he was working with a property management agency to find a tenant, he would be happy to rent them the house and forgo an agency.

“It was amazing,” says Jasmine. Not only did Jasmine and Daniel have to find a place for their belongings, they had three kids and their livelihood – live plants.

Since the property only came available a month after they moved out, the man offered them to stay in his basement in Briar Hill. In addition, he offered the use of his garage for their produce.

As their business grows, they hope to “keep pushing core values,” which include nutrition, family and fairness to anyone that works with them. Jasmine says that they will use their business to not only enrich their children, but also their community.

“We want to continue with a family-style business and support the people around us.”

View the PDF or see the article online. 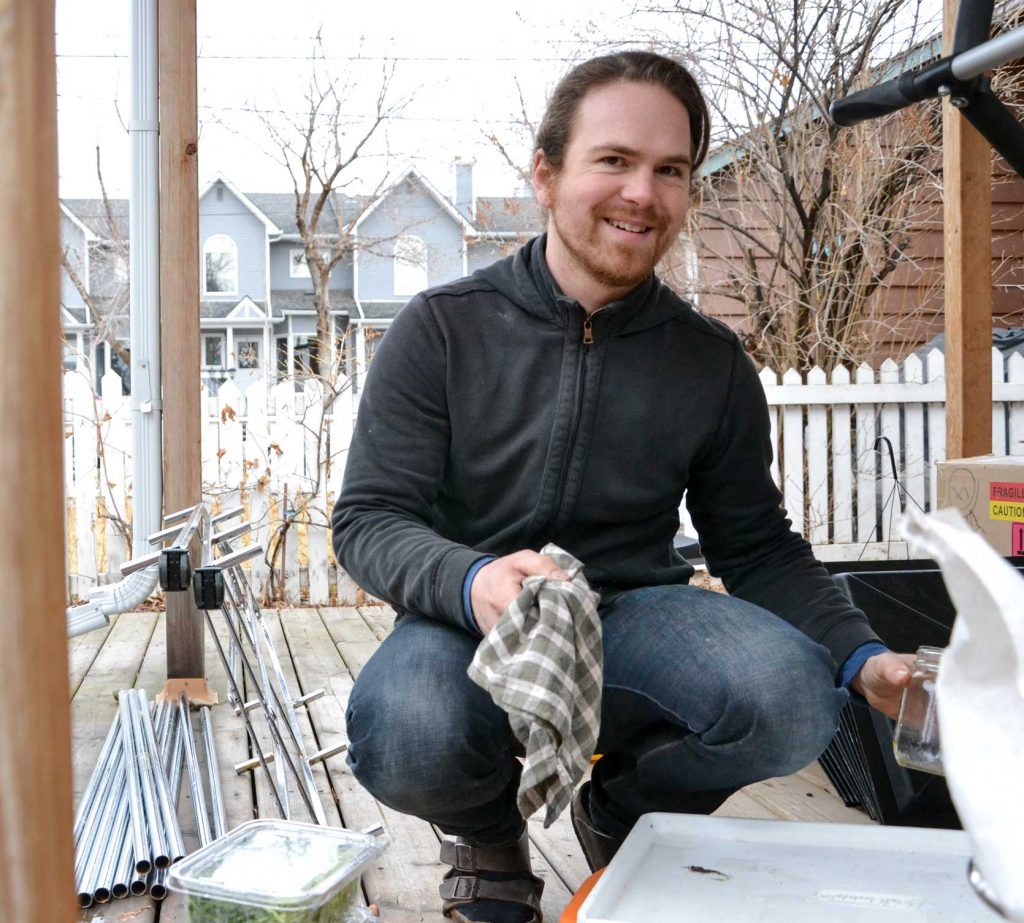